This pain is so unimaginable and I have never felt this intensity of pain in my life. When I was in high school I lost three very good friends of mine. One a year starting in 9th grade. These were some of the closest friends I had and when I lost them it was the closest I have been to feeling this type of pain. I still think about them on their birthdays and the time of year they passed away especially.

The days after I gave birth the Berkley the pain began to rise. Many nights would be spent crying hysterically until I would fall asleep. Some mornings I would wake up only to start crying like that again until I fell back asleep. I would make myself get out of bed, try to eat, and take a shower. If I did those three things It was a win. Tony stayed home with me for the first week and then my little sister flew in from Florida the next to stay with me. Even though I wasn’t much company.

I was in so much pain physically and mentally that I shut down. I couldn’t have imagined the pain until I had experienced it myself. There were times that when I was crying my arms would ache like there was a need to hold my baby that was so far away. I could also feel pain searing through my bones as I lay in bed crying hysterically. There were many times I would get into the shower start crying, begin gasping for air, my knees giving out as I sat huddled in the corner of the shower trying to pull it together or at least catch my breath. I began to have panic attacks on a regular basis and I was lucky if I only had one a day. After one of my panic attacks I went to the bathroom to get tissue to blow my nose. I looked at myself in the mirror and didn’t recognize the person staring back at me. It was like I was looking at a stranger. I took a picture to send to my sister to see if I had officially lost my mind.

Mentally I wasn’t doing much better. I do not know where that month went. I was on autopilot. I remember going through the motions but, I wasn’t in my body it felt like. I was like a zombie if I wasn’t crying. I remember staring out the window one November day. Knowing it was deer hunting as I sat there wearing a long brown sleeve shirt and my blonde hair pulled up into a long ponytail. I fantasized about just starting to walk through woods and fields until someone accidently shot me thinking I was a deer. Thinking to myself that I don’t know how anyone survives this pain and not wanting to live without my daughter here with us.

My husband is my rock, my world, and knows me better then anyone in this world. I would think to myself when things were at the lowest, “I Love him, I love him, I love him”. During this painful time I could remember what love felt like.

I spent my days trying to dig out of the hole I was in. I fought everyday to survive, change, and grow from our daughter’s death. My friend sent me books that she read when she lost her son. I found Facebook groups, blogs, websites, and my doctor made us come in to see how we were doing too. That is when we began therapy also. I read many psychology articles to try to understand what I was going through emotionally. Slowly days became a little less painful. I could make it out into public and return to work. I could make it through work without having a break down most days but would lose it as I drove home by myself.

Slowly as days passed we learned to carry the pain, we began to cry less days, and could think about our daughter in a beautiful way. As I began to have good days Tony began to have his break down days. He had carried me for so long and put me first even through the death of his daughter. Most people think that it is me suffering so intensely from the loss of Berkley but, my husband carries the same pain as I do. He just doesn’t express it like me.

Our daughter would almost be 10 months old right now and the pain is changing. The pain can hit me like it did before in the early days but, that doesn’t happen as often. The pain has turned into an ache for her, wondering what she would be like or where she is today. We see her life as a beautiful thing and can feel the love we have for her over anything else. Beautiful sunrises and sunsets remind me of her the most. They give  me a sense of hope and remind of her beauty. 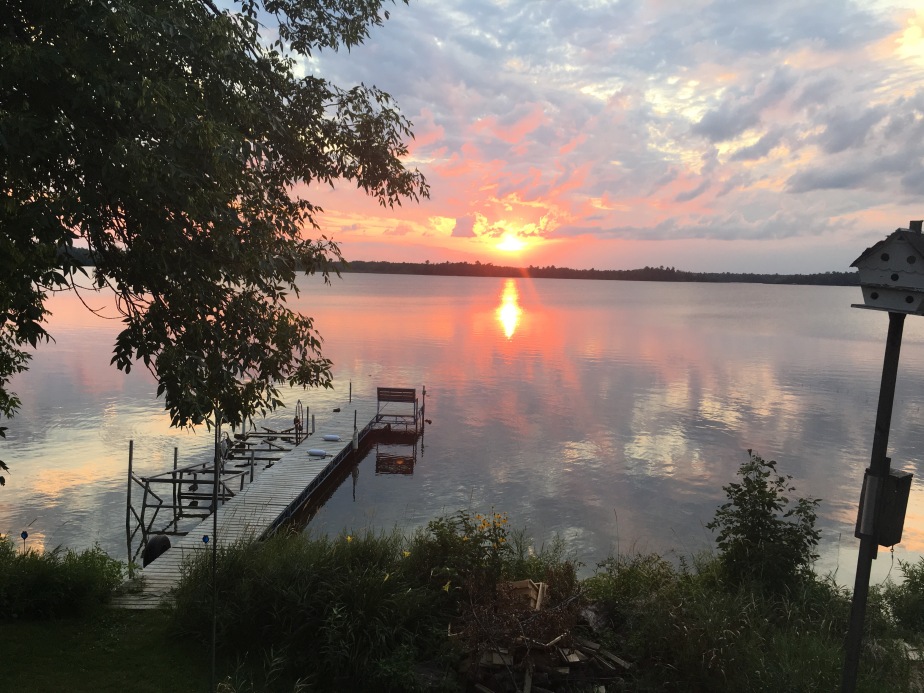 3 thoughts on “Pain and Time”